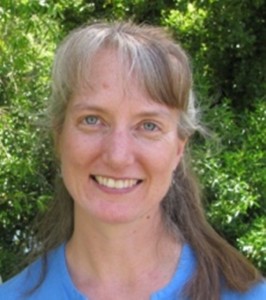 Sylvan Kaufman earned her Ph.D. in Ecology and Evolution from Rutgers University for her work on Melaleuca (paperbark tree) adaptations in Florida. She did post-doctoral work in ecology at Harvard University, and went on to become Conservation Curator for Adkins Arboretum on the Eastern Shore of Maryland. Sylvan currently works as a freelance consultant and writer as principal of Sylvan Green Earth Consulting. She writes, teaches and advises on landscape restoration and native plants for landscaping. Her interests and research has taken her to South America, the Russian Far East, Australia, and Central America, but she calls Maryland and New Mexico home. 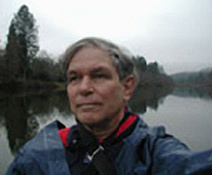 Wallace Kaufman at home in Oregon

Wallace Kaufman is a science writer, teacher, and editor with a broad, hands-on background in land management, small business development, mediation of property issues, and transition processes in the former Soviet Bloc. He served as president of three statewide conservation organizations in North Carolina. Among honors and awards he received the New River Award, a Marshall scholarship to Oxford, and a Science Writing Fellowship at the Marine Biological Laboratory in Woods Hole, MA. He has worked extensively in Latin America and in Central Asia, Russia and eastern Europe doing economic surveys, training journalists and serving two years in Kazakhstan as resident advisor on housing and land reform. He speaks Spanish and Russian. Wallace Kaufman now works from his home in a coastal forest on Poole Slough near Newport, Oregon.

The Beaches Are Moving, a social and natural history of US beaches (co-authored with Dr. Orrin Pilkey). Doubleday 1979, Duke Univ. Press 1984– present

No Turning Back, a history and analysis of the environmental movement. Basic Books, 1994.

Coming Out of the Woods, a memoir of lessons from 30 years living in a North Carolina forest. Perseus Books, 2000.

The Hunt for FoxP5, a genomic mystery novel (co-authored with David Deamer). Springer, 2016.

Grow Old and Die Young, A Naturalist in Life’s Theater. 2019. Available from the author.